Cooperstown, New York — The Glimmerglass Festival, the summer opera and musical theater festival, will return to its theater for its 2022 season after presenting this past summer’s performances completely outdoors in the aptly named festival, “Glimmerglass on the Grass.”

The 2022 Festival will feature productions of Rodgers & Hammerstein’s The Sound of Music, originally slated for the summer of 2020. Bizet’s Carmen takes the stage in a new production directed by 2022 Artist in Residence Denyce Graves, followed by the new work Tenor Overboard, weaving some of Rossini’s most spectacular music together in a new comic opera with a book by the famed playwright Ken Ludwig. The next installment of Common Ground, the Festival’s multi-year initiative of new, commissioned works, is a double bill of Kamala Sankaram and Jerre Dye’s Taking Up Serpents, paired with the world premiere one-act Holy Ground, by Damien Geter and Lila Palmer.

Artistic & General Director Francesca Zambello has announced the 2022 Festival will be her 12th and final season in her leadership role with the company.

“My years with The Glimmerglass Festival have been the best of my life,” Zambello said. “I got married and built a home here with Faith and our son, Jackson, and the Cooperstown community has become an integral part of our lives. I am so proud of this company and all we have accomplished over the last decade. This is not goodbye; it is a time of transition and excitement for this company I adore. I am excited to witness and support the beginning for the next era of the ever-evolving Glimmerglass Festival.”

“Francesca has revolutionized Glimmerglass by creating a Festival like none other,” said Robert Nelson, Chair of the Board of  Trustees. “The Board of Trustees remains forever grateful for her vision, planning, artistic and financial leadership.”

Zambello will remain in her position as Artistic & General Director through the conclusion of the 2022 Festival, when her contract with the Festival comes to an end. She continues her role as Artistic Director at Washington National Opera and as an independent opera and theater director.

“I can’t wait to welcome our audiences back to the theater we all love this summer,” said Francesca Zambello, Artistic & General Director of the Festival. “We are bringing it home.”

Kamala Sankaram will serve as 2022 Composer in Residence. In addition to her opera Taking Up Serpents, the Festival will produce a new production of the youth opera The Jungle Book, featuring a libretto by Kelley Rourke. The Jungle Book was originally set to premiere during the 2020 Festival.

Filling out the summer season, Denyce Graves will reprise her role in an extended version of The Passion of Mary Cardwell Dawson in a two-night-only presentation in August. The play by Sandra Seaton with music contributed by Carlos Simon celebrates the founder of the historic and groundbreaking National Negro Opera Company and premiered in 2021 at Glimmerglass on the Grass.

The Glimmerglass Festival 2022 season will run July 8 through August 21 in the Alice Busch Opera Theater in Cooperstown, New York, and will be preceded by the releases of the Festival’s first two commissioned works on film: The Knock, by Aleksandra Vrebalov and Deborah Brevoort, which takes viewers into the world of military wives; and On Trac I<, a dance piece, composed by Nicolas Lell Benavides and choreographed and performed by Amanda Castro, which looks at the intersection of human and machine in rural America. 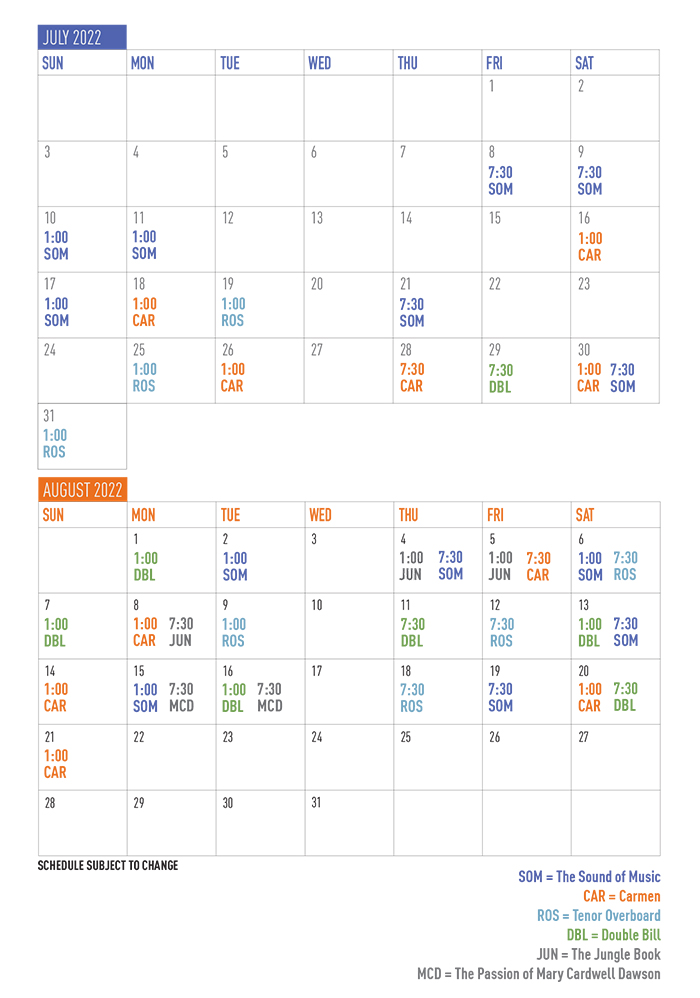 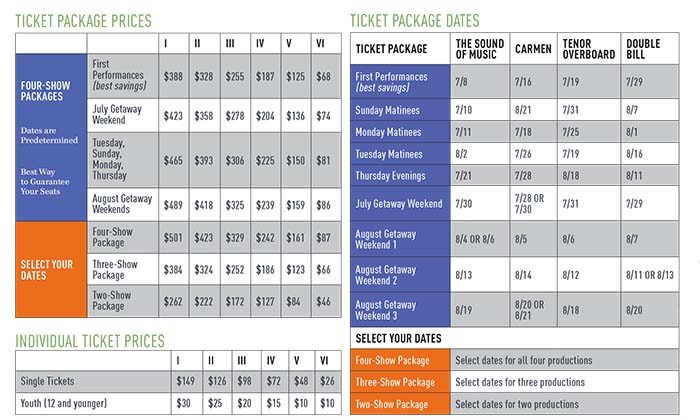