> Blog > 2010 Festival > There Couldn’t Possibly Be a Better Place to Start Out
Share page:

This blog is the first in a series of posts from patrons, volunteers, former interns, artists and staff discussing how Glimmerglass has enriched their lives. Please consider posting your own stories about how Glimmerglass has impacted you, and make a gift (click here) to help ensure the future of our great Festival. Any new or increased gift will be matched dollar for dollar from now until the end of the year.

Sam Helfrich, now an accomplished opera director, was an intern in 1998 for the Glimmerglass Young Artists Program. As a result of his experience at Glimmerglass, he has had a successful career working at Boston Lyric Opera, Opera Boston, Spoleto USA, Portland Opera, Florida Grand Opera and Opera Omaha. He has since returned to direct several Glimmerglass successes, such as Proulenc’s La Voix Humaine (2006), Glass’s Orphée (2007), and Menotti’s The Consul (2009).  “I can’t imagine a better production than Mr. Helfrich’s…” by Anthony Tommasini, The New York Times, August 4, 2009, in his 2009 Festival review.

Here Sam writes about how Glimmerglass “sold” him on opera:

Thinking about Glimmerglass by Sam Helfrich 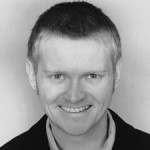 I came to Glimmerglass in the summer of 1998. I was in graduate school at the time, working on an MFA in playwriting, and doing some theater directing. I had always had a passive interest in opera, particularly in certain directors who were moving regularly back and forth between theater and opera. Among other things, I was curious to know what attracted these known theater directors to opera.

My graduate program required several internships, so when the opportunity to apply to Glimmerglass came up, I jumped on it, and was accepted.  I was offered two possibilities – either to intern with the music staff, or to intern for the Young American Artist Program. I chose the latter. In retrospect, the difference could probably be summed up as the choice between shuffling singers around all day or shuffling electric pianos around all day.  Either way, I anticipated that the work would often be tedious, but I looked forward to the inside view of an opera company.

I settled in early that summer as a resident at Limekiln, the young artists’ residence in Cherry Valley. The work itself was, indeed, somewhat tedious, but mostly there was just a whole lot of it, as I remember. Organizing the schedules of 36 young singers cross-cast over four productions plus recital concerts and, in those, days, 21 separate “run-out” scenes concerts spread over New York State… and guess whose job it was to do all the driving?

But the “inside view” of the company that I had been hoping for turned out to reward me in ways I could not even have imagined when I started. In the process of shuffling singers back and forth to rehearsals, I was lucky enough to be able to witness, day after day, the creation of four separate, all-new opera productions. I would grab a half-hour here or an hour there to simply watch and learn as a group of four stellar – and amazingly different – directors went about their work.

At that point I had never been in an opera rehearsal room before, so everything was a surprise, everything was thrilling. From how to follow a score to the unique rhythm of each director as they worked and reworked scenes, to the complex organizational responsibilities and the handling of so many different personalities that makes the work of stage managers so impressive, and of course, the singers and the music (the shocking discovery that, when you’re sitting 15 feet away, a singer’s voice is really, really loud).  In fact, during all those drives back and forth, during the communal meals at Limekiln, during the late nights out in Cherry Valley after long days of work, it was the constant chatter among the singers, about their voices, about their roles, their physiques, their passions, their hopes and aspirations, that taught me more about opera than any book ever could.

By late July all 4 shows had opened, the recital season was in full swing, the concerts around the state were becoming business as usual, and I felt as if I had never worked so hard in my life. But instead of feeling exhausted, by then I was exhilarated. Every day a new revelation, a new experience, a new person to meet. Subconsciously, I was making friends and connections that would be the foundation of my career for years to come. By the time that summer was over, I had watched the production of The Mother of Us All nine times, Partenope five times, and both Tosca and Falstaff at least a handful of times each.

As I was preparing to return to school for the second year of my MFA, my mind was made up: if this is what opera was, then this is what I wanted to do with my life. The summer was a proverbial “lightning bolt.” I was in my late 20’s, and after years of searching and wondering, traveling, doing odd jobs (I even did a two-year stint as a script reader for HBO!), thinking a lot about theater, writing and directing plays, I finally just knew what I wanted to do. I told myself I was going to return to Glimmerglass in five years and direct a production there.

Perhaps I was very ambitious, since it actually took me seven, but during the years in between, my relationship with Glimmerglass continued to deepen as I returned in various capacities; first as a last-minute assistant director, then as the director of one of the company’s winter opera tours around New York State, then as a fully vetted assistant, and, finally, to direct.  In my professional career, the time I’ve put in at Glimmerglass and the people I’ve met there over the years have shaped me as an artist more than anywhere or anyone else. There couldn’t possibly be a better place to start out.