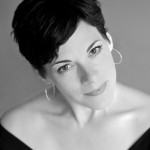 Soprano Peggy Kriha Dye will sing the title role in this summer’s production of Armide, a collaboration with Opera Atelier directed by Marshall Pynkoski and conducted by David Fallis. Currently, she serves as the Director of Artistic and Educational Programming at Opera Columbus.  Peggy performed Stella in the world premiere of André Previn’s A Streetcar Named Desire with San Francisco Opera and later reprised the role with Washington National Opera.  She has also performed Musetta in La bohème with both San Francisco Opera and Shanghai Opera.  In May, Peggy performed Armide with Opera Atelier at the Royal Opera House in Versailles, to great acclaim.  Before she brings this role to Glimmerglass, get to know a little more about Peggy in this Quick Q&A:

What was the last book you read?  The Pianist, by Wladyslaw Szpilman.

What is your favorite meal?  Sushi and martinis.

If you hadn’t become a singer, you would have:  Taught 4th grade.

Where would you most like to travel and why?  Thailand, for the culture, sun and food.

What is one thing you can’t live without?  Coffee.

What is one thing most people don’t know about you?  I love country music and am a clean freak.

What does the story of Armide have to say to us in 2012?  Armide is all about love and attraction.  Both of these things come with consequences that can be complicated by religious beliefs and where we are in life.  Armide’s story is about self-discovery, passion and loss of control.