The operas of Giuseppe Verdi aren’t exactly known for high scores on the laugh-o-meter. Nearly everyone of his operas ends in at least one death, and the characters that do survive are left with more than a few emotional scars. Despite this, Verdi was a versatile master of dramatic structure for whom humor was equally important as drama. Many of his operas contain comic characters and scenes such as Luisa Miller, Rigoletto and La forza del destino that round out the drama, but he only wrote two purely comic operas. King for a Day was the great Italian master’s second opera and his only opera buffa, written when he was just twenty-seven years old. This summer the Glimmerglass Festival presents this rarely performed and irresistibly quirky comedy with a young cast of skilled singing comedians, sung in a new English translation by Kelley Rourke.

Performing Verdi’s opera for an American audience in English goes back to the origins of the opera buffa. In eighteenth century Naples, the birthplace of opera buffa, these comic operas were performed in the Neapolitan dialect of the working class in contrast to the opera seria, or tragic operas, which were performed in official Italian. By performing the comedy in popular vernacular, the comedy and humor are more immediate and the hilarious spirit of the work is amplified. 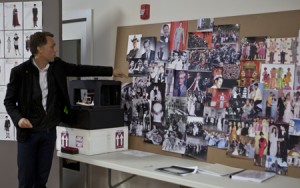 King for a Day, as a quintessential opera buffa, takes the audience on a journey of disguises, slapstick, over-the-top characters and boundless wit and energy.The hero is Belfiore, a soldier who is asked to go undercover as the King of Poland. He arrives on the wedding day of the young Giulietta and the older La Rocca, a marriage chosen for her by her father, the Baron Kelbar. Distraught, Giulietta’s boyfriend Edoardo begs Belfiore – as the King – for his help in breaking the engagement. With the power of greatness thrust upon him, Belfiore decides to have a little fun with the greedy Baron and the buffoonish La Rocca and agrees to help Giulietta and Edoardo.

Every opera buffa needs a good love story and King for a Day has two! In addition to Giulietta and Edoardo, there is the love story of Belfiore and the Gran Marchesa del Poggio. As a strong, independent woman the Marchesa is the perfect foil to Giulietta’s naïveté and Belfiore’s charming arrogance. She is the only one who recognizes Belfiore underneath his royal robe – they were lovers until he had to abandon her to go undercover. The Marchesa not only wants to fool the Baron and La Rocca to help Giulietta and Edoardo, she also plots to win Belfiore back. 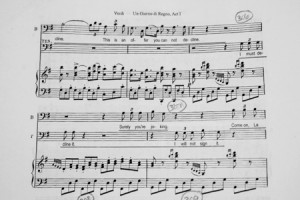 The music ranges from the conventional set pieces of opera buffa, such as the raucous finale to Act I in which La Rocca and Baron brawl like characters from “The Real Housewives of Albany,” to more innovative pieces. Belfiore’s opening aria “Back at home, my colleagues and comrades” goes beyond the conventional patter aria for buffo baritone, epitomized by Figaro’s “Largo al factotum” from The Barber of Seville with long melodies interspersed with fast chatter. This comic eloquence gives Belfiore dimension and depth. Similarly, the Marchesa’s ridiculous situation is countered by moments of melodic pathos, transforming her from a caricature to flesh and blood. The result is believable, three-dimensional characters who amplify the comedic effect.

The goofy grandfather of today’s Broadway musicals and Hollywood’s romantic comedies, opera buffa is opera at its most fun. The youth and spirit of Verdi’s King for a Day reaches beyond the nineteenth century with the sort of humorous, dysfunctional, but loving human relationships that remain timeless.

One Thought on “The King Laughs”