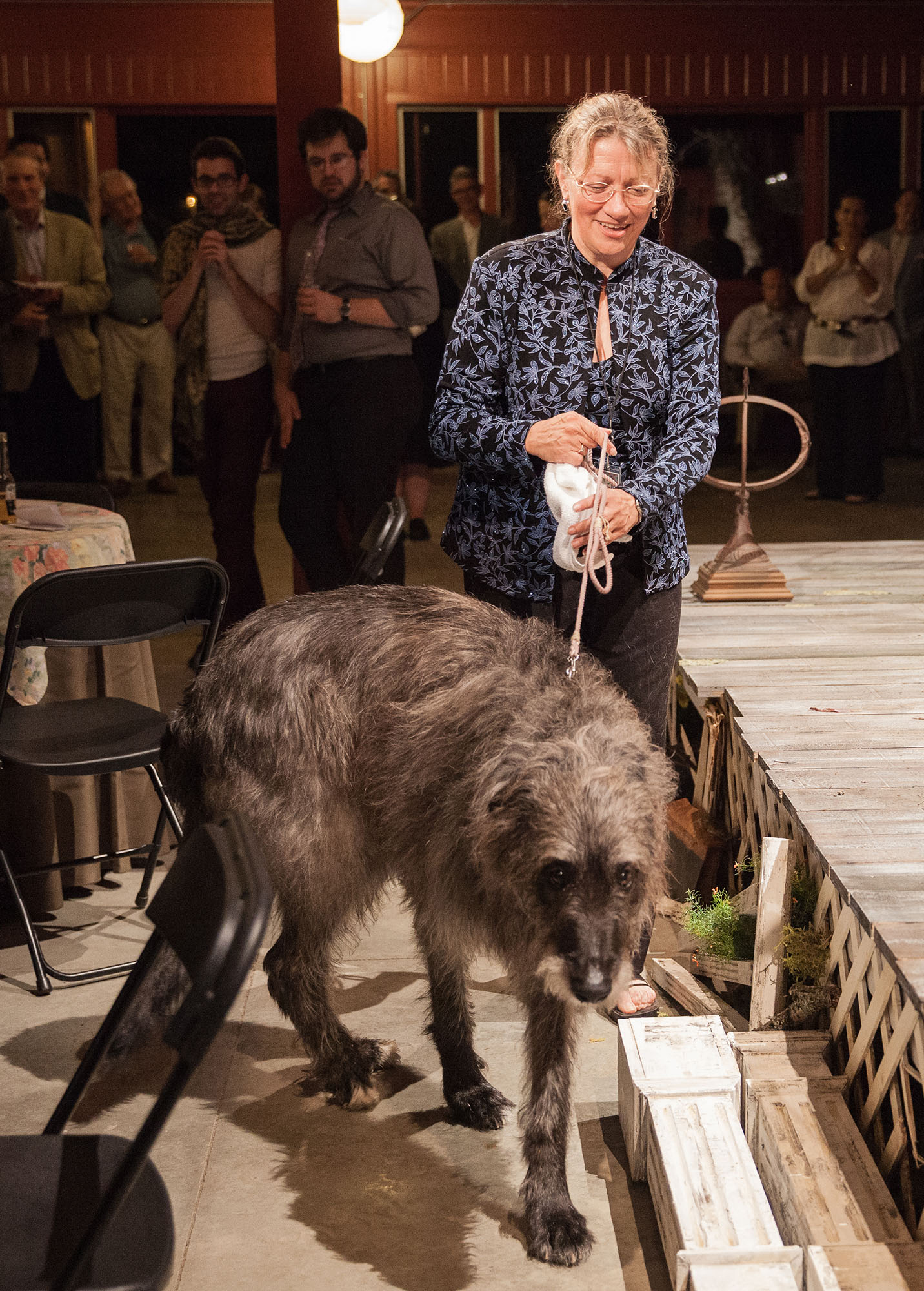 There is an old show business adage that says: “Never work with children or animals.” These performers are apt to behave unpredictably on the stage, and even if they perform to the “T,” they always steal the scene. For these reasons, many actors refuse to share the stage with these unruly and impossibly endearing stars, as indicated by the often-cited 1931 article on W.C. Fields, which explains how this tradition of avoidance had carried over from stage into the then-new genre of film. This summer, The Glimmerglass Festival’s production staff and actors defy all odds with two shows featuring canine divas and one show boasting 24 kids!

I don’t know about you, but it’s my opinion that no place can be “the most congenial spot” without having at least one dog around. Thankfully for Camelot, the maladroit but loveable Pellinore, knight of Arthur’s table, makes his bumbling entrance with a great big hunk of huggable Irish wolfhound in tow. Tula (seen right), the surprise star, yawned in rehearsal once and an audible “aww” echoed around the theater as the audience, clearly focused on her, reacted. She belongs to a community member, Peggy Smith (also seen right), who was asked to adorn period apparel and join the cast on stage for the express purpose of giving the animal a sense of security in her big scene. The extra costuming paid off, and Tula shone like the star Peggy always knew her to be.

Ginger Costa-Jackson sounds and looks fantastic in her role as the modern Marchesa, in Christian Räth’s production of the rarely performed Verdi comedy King for a Day, but it’s Rosina, Ginger’s miniature poodle, who makes the scene. Believing herself scorned by her lover, Belfiore, who has really only left to stand in for the King while the real regent attends to matters of national security in secret, the Marchesa parades around the stage, singing her spite to her tiny companion. The poodle, meanwhile, sits sweetly in her arms, allowing herself to be (lovingly) bounced and dragged around stage. When her head bobs and her ears flop, I’m afraid not an eye in the theater is on beautiful and talented Ginger. 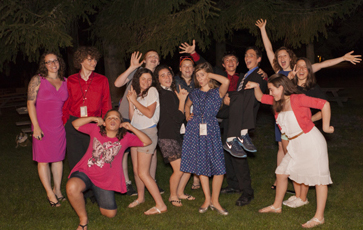 Finally, the Festival swaps fur for forte in the little match girl passion. Originally written for soloists or for a chorus, this David Lang piece is presented at the Festival with a chorus of 24 local children. They begin the show with a prologue commissioned from Lang, which he dedicated to Artistic & General Director Francesca Zambello, who has headed up the push to involve more youths in operatic productions. Anticipation for this world premiere of “When We Were Children” was high, and, thanks to the patient guidance of children’s chorus master Tracy Allen, the children do not disappoint. Among them is Victoria Munro who portrays the little match girl herself in this staged show. The picture of innocence, every heart goes out to the small child sitting and shivering on stage. By the end of the night, there were few dry eyes in the theater. The children add that something extra to the production that seeps through the skin and touches the heart.

So are animals and children still off-limits for staged performances? The answer seems to be no, not at The Glimmerglass Festival. Here, “no” simply is not part of the creative vocabulary.