With fondness and gratitude, we pay tribute to our dear friend and colleague, Artistic Director Emeritus Paul Kellogg, who passed away peacefully on April 28, 2021. Paul and his partner, the artist Raymond Han, moved to Cooperstown, NY soon after the fledging “Glimmerglass Opera Theatre, Inc.” was founded in 1975. From 1979-1996, Paul led the company, guiding its evolution to become one of the world’s most innovative summer opera festivals. Over the subsequent decade, from 1996-2006, when he was general and artistic director of New York City Opera, he also continued as our Artistic Director, bringing many of the festival’s finest productions to Lincoln Center following their premieres in Cooperstown, and in doing so, helped Glimmerglass grow its reputation and audience.

Along with a dedicated Board, staff and many contributors and volunteers, Paul oversaw the building of our beautiful opera house and created a bucolic summer retreat in which performers and artistic teams flourished and audiences were inspired. He was a visionary, perfectionist and gentleman who dazzled us with kindness and patience, bringing out the very best in everyone.

As we emerge from a year that has impacted the performing arts in unforeseen ways, we, at Glimmerglass, reflect on Paul’s strength, gifts and can-do spirit. We will miss you, Paul, but you will remain forever within the energy and life of the Festival. 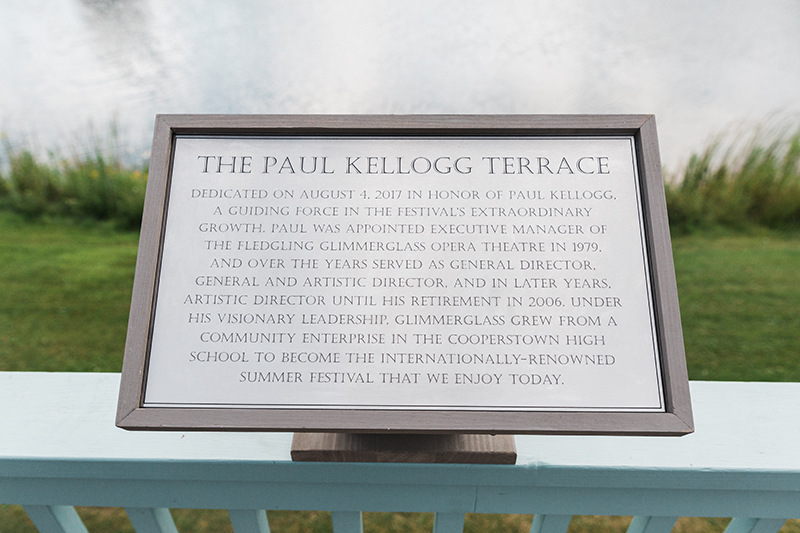 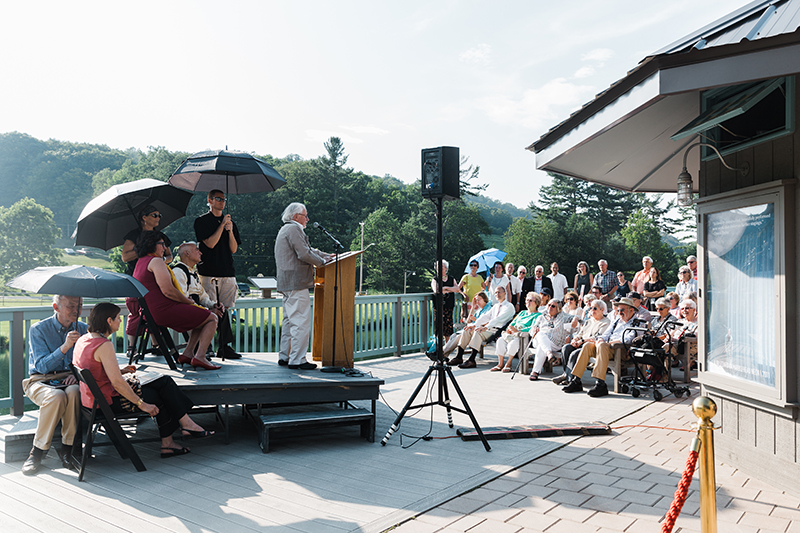 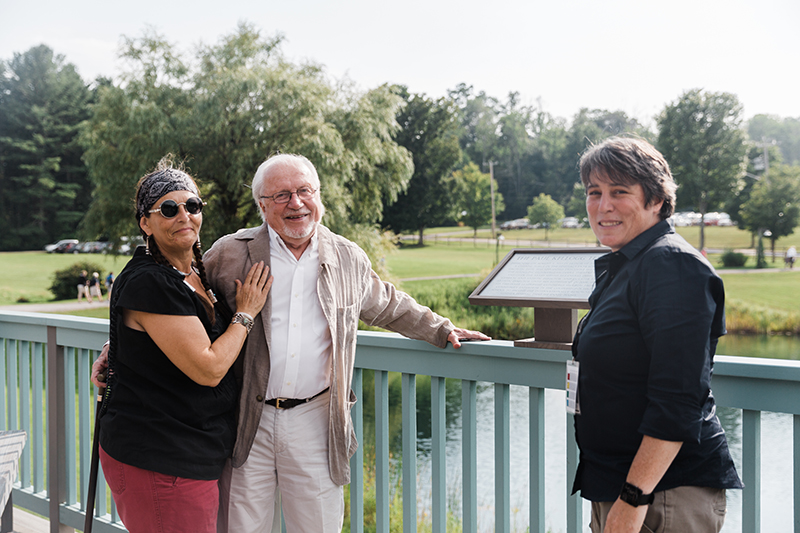 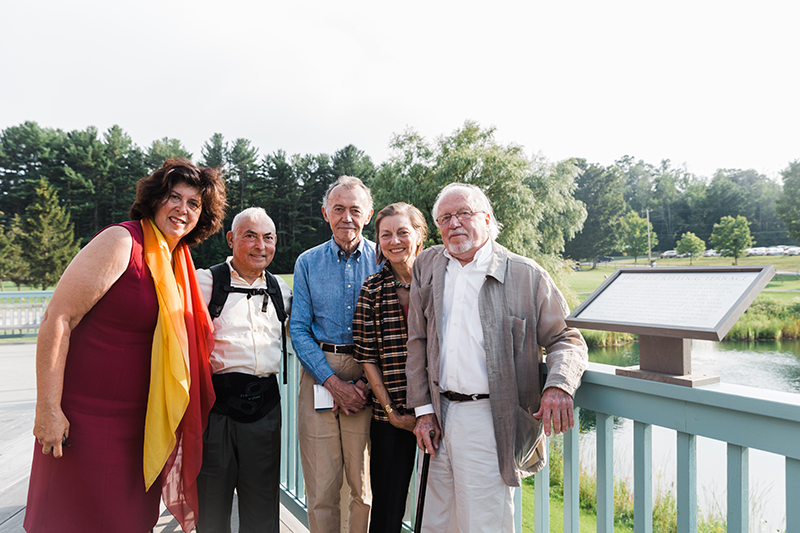 In 2017, following the revitalization and expansion of the plaza in front of the Alice Busch Opera Theater, a ceremony was held  to dedicate the Paul Kellogg Terrace. Like Paul, the Terrace represents the warmth and welcoming spirit that Paul instilled in the DNA of the Festival. 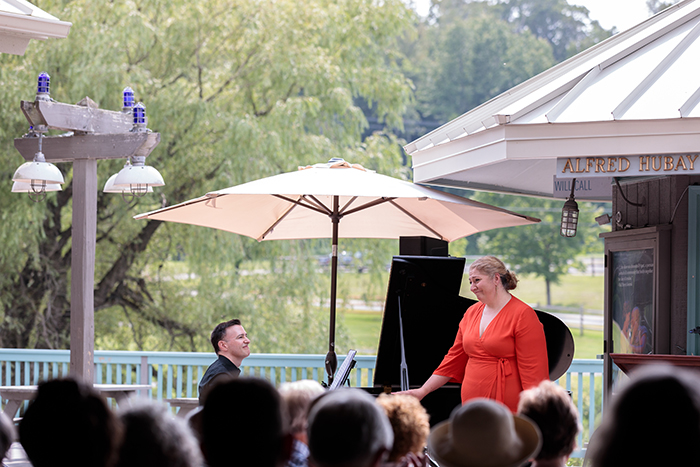 On August 7, nearly 200 friends gathered on the Paul Kellogg Terrace to celebrate Paul’s life. Internationally acclaimed soprano, Christine Goerke, who Paul first brought to Glimmerglass as a Young Artist in 1994, traveled to Glimmerglass to perform and share her memories. Interspersed between speakers, Chistine sang “O toi qui prolongeas mes jours,” from Gluck’s Iphigénie en Tauride, which she starred in in 1997 in her return to the Festival as a guest artist, and to close the day, Climb Every Mountain. Artist & General Director Francesca Zambello expressed how important Paul was to her personally as well as to her career and introducing long-time friends of Paul: Jane Clark (President of the Clark Foundation); Abby Rodd (the Festival’s Director of Production); Bob Schlather (a Glimmerglass trustee of many years and former Chairman and President); Martin Kagan (Paul’s friend and founding executive director of OPERA America). All gave deeply heartfelt speeches. Abby, who had personally cared for Paul over the last two years of his life, gave the most moving tribute. Having grown up in nearby Fly Creek, she talked about first meeting Paul when she was 12, when he came to dinner at their home and how her mother made her play the piano for him. (She explained she hates playing the piano, too, which brought laughs.) She described her many years with him through to the end. Her speech was so moving, it drew a standing ovation — for Abby’s beautiful and touching sentiments, and for the feelings it evoked in everyone in attendance. To read her full comments, click here.

Like Christine, people from all over drove or flew long distances to be there just for the day, among them, Raymond’s cousins from Hawaii, and composer Mark Adamo, who had been in Santa Fe with John Corigliano for their world premiere. After the program, everyone was invited to gather in the new, adjacent Lady Juliet Tadgell Garden, as Lady Juliet was a dear, close friend and supporter of Paul and his vision. (The Terrace and Garden were otherwise closed to visitors this summer due to Covid restrictions.) 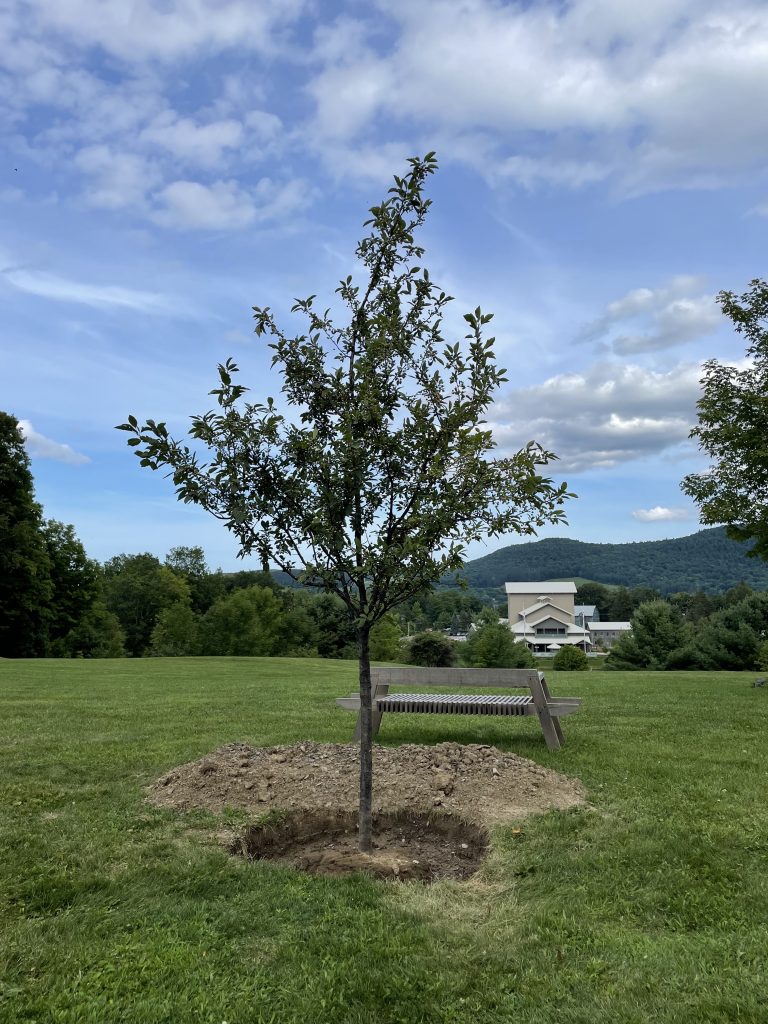 A Malus ‘Sugar Tyne,’ a type of white-flowering crabapple, was planted on the hilltop directly across from the opera house in Paul’s memory. Photo taken by Abby Rodd shortly after spreading some of Paul’s ashes.

We invite you to share your own memories of Paul by submitting them below. Simply select “Leave a Comment.”