So this is the last time I’ll talk about this project, I promise. The final part of the construction I want to mention is the trouble we ran into with those newel posts I described in my last entry. 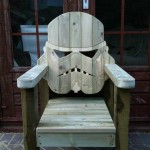 Here’s your exclusive look at the Dark Side of Carpentry (Dun dun DUN!).

More often than you’d like, not everything goes your way. Now, I know what you’re thinking:

But Emmet, I’ve seen sets before and they look like they were built with such a high level of skill and precision – impeccable, perfect! How could there have been problems building them?

What fantasy world have you been living in, and how do I get there? The production process is characterized by problems; it’s just that everyone puts in some overtime and we get it right…eventually.

…Are you really allowed to say that? What about the crack-free façade the public relations department works so hard to present?

Well, I guess whether or not this post gets published will answer that question.

Things go wrong. That’s a fact of life; the outcome depends on how you deal with it. The problems with this particular project appeared in two stages but were centered around one little aesthetic addition: the fluting (grooves) done by routing. Yes, the routing I mentioned before, done after creating the helpful jig to ensure accuracy.

Well, not everything went as planned.

There were three different flutes on each piece of wood, all of which were supposed to begin and end on the same lines…they did not.

We had to make a new jig to even out all the lines before we could put the rest of the molding and base onto the posts, which was infinitely frustrating. But, you know, it needed to happen, and we did it, and everything was great.

Oh, and once we began measuring everything out again, we discovered we need to add ¾ of an inch to each flute. Ok, fine. Shouldn’t be too hard to add that…wait, what now?

The posts are too long and need to be cut shorter? Oh fine.

Hey wait, how about we cut more off the bottom so we don’t have to keep adding to the fluting?

We can’t do that ‘cause we already fluted two of them? Well shoot. 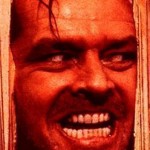 (In hindsight, explaining this now does not seem nearly as frustrating as experiencing it but, trust me, it was; I took a victory lap around the shop after finishing all the fluting. It was one of those kinds of days). 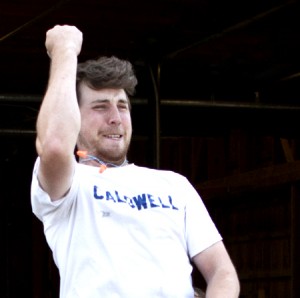 Thankfully, we finished the fluting, finished assembling the posts, got the wagon done in time for set looks (where the designer and director view the set on stage so they can make changes if they so desire) and everything looked and functioned great.

Well that’s about all I can really say about this project. Maybe I’ll have more rigging stories for my next entry. I know some guys in blue hardhats and a grid that have been missing me something awful…

Speaking of rigging, I was informed that I made a mistake in my second post about the cadence for bringing in and flying out line sets. I said the cadence included “Heads up,” but it actually is “Attention,” (I hope I got it right that time!) so, thank you, Timothy, for pointing it out.

Thanks for reading, and for all of us here at Channel 4 News, I’m Ron Burgundy. You stay classy, San Diego.