The buzzword around the Glimmerglass production of The Flying Dutchman is “exciting.” From costume designer Erik Teague to lighting designer Mark McCullough to the stage operations interns who load scenery in and out of the theater, everyone is talking about how exciting the Festival’s production of Wagner’s The Flying Dutchman is going to be. Here are the top 10 reasons why:

As Artistic & General Director Francesca Zambello says, “This is the short Wagner.” It’s a great piece to hear if you want a taste of the German master’s work but don’t have 15 hours to commit. The Flying Dutchman is Wagner in less than 2 ½ hours.

The performers in this opera sing melodies and even a few duets! This is often considered the transformative work in Wagner’s repertoire, meaning that The Flying Dutchman offers both the lovely bel canto arias typical of Italian composition and the signature Wagnerian devices we have come to love, like leitmotifs and extended suspensions. Straddling the line between the style he learned and the style he would create, in writing The Flying Dutchman, Wagner wrote a piece that has something for both devoted Wagnerites and operatic neophytes. 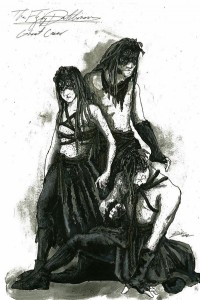 “In a nutshell, the inspiration behind the costumes in The Flying Dutchman combines the period style of the 19th-century Romantics with the hard edges of contemporary fashion,” explained costume designer Erik Teague. “Victorian restraint couples with dark obsession to illustrate the ‘Sturm und Drang’ of a tragic Wagnerian love story.

As set designer James Noone explained, the design for this production is intended to involve the viewers. “It’s a set that really requires the audience to use their imaginations,” he says. Key prop items and visual motifs anchor each scene without overpowering the sense of mystery.

One such motif employed in Noone’s design is the collection of thick, white ropes that are secured stage left and stage right, recalling the rigging of ships. When asked if any of the performers ever go up the ropes, the first thing Zambello could say was, “Hold on to your hats.” I don’t want to give too much away, but the ropes are, as the director said, “Busy all night.”

6. Wagner in the right-sized house

This is a chance to hear Wagner in a smaller, more intimate theater than most opera companies can offer. Sit close to the stage, close to the orchestra, and enjoy the acoustics of the theater in this unamplified performance that recalls The Flying Dutchman‘s 1843 Dresden premiere.

Wagner originally intended this opera to play without intermission, but his audience did not receive this suggestion well, and he had to divide the work into three acts. Often opera companies perform the piece with these three acts, but Glimmerglass is doing something different. Our production divides Wagner’s opera into only two parts, at what conductor John Keenan calls a “dramatically wonderful place.”

Zambello has repeatedly referred to The Flying Dutchman as the operatic Twilight, and, after we get over the surprise of the comparison, it’s not difficult to see why. “A large part of this story is about obsession,” explained Teague, “specifically the teenage obsession of Senta for the Dutchman story and this fantastical character that may or may not exist.” And if you’ve heard Wagner before, you know that he does obsession well.

The Stephenie Meyer story is not the only parallel Dutchman makes with pop culture: the second installment of The Pirates of the Caribbean saga, Dead Man’s Chest, is reminiscent of the old myth – remember Davy Jones, the captain cursed to sail the seas for eternity? Though youths may often think of opera as being an art to be admired rather than enjoyed, something about The Flying Dutchman clearly resonates in our culture.

This is not a metaphor. Ryan McKinny, the performer singing the part of the Dutchman, is being fitted this very afternoon for his flying harness. Look for photos in the upcoming backstage series featuring the fearless bass-baritone. Which finally brings us to – 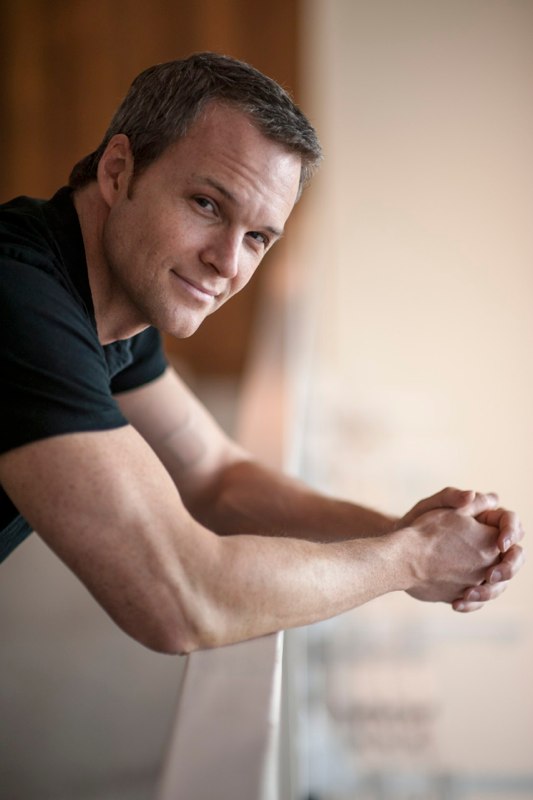 Glimmerglass’ The Flying Dutchman offers great  music, a great production and what is clearly a great cast.

The Flying Dutchman opens at the Glimmerglass Festival on July 6 and runs through August 24. For more information or to buy tickets, visit www.glimmerglass.org or call the Box Office at (607) 547-2255.

2 Thoughts on “We're Excited about The Flying Dutchman - Are You?”