Porgy and Bess, the timeless story of the crippled beggar, the recovering drug addict and their neighbors on Catfish Row, has captivated audiences for more than 80 years. George Gershwin’s vision of African-American life in Charleston was revolutionary for its time, as it dispelled a number of assumptions on gender, race and opera itself. From the score to the characters and the outside forces that motivate them, Porgy and Bess provides the public with a nuanced perspective on the ideals we tend to take as givens. 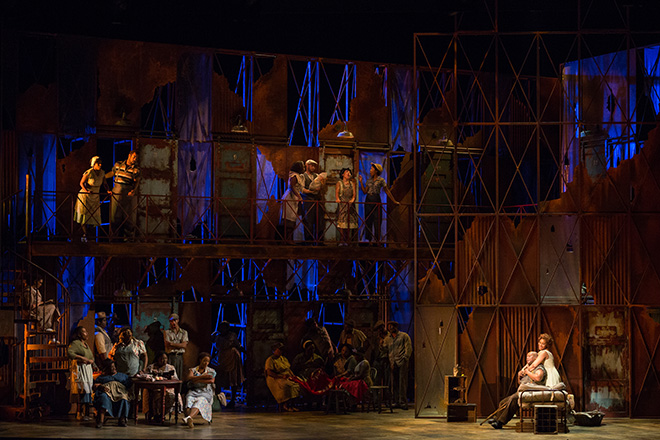 Gershwin labeled his creation a “folk opera,” and drew from traditional African-American music when writing the score. The grittiness of jazz, the soul of the blues and the hopefulness of spirituals all combine with the effortless style of opera. The lyrics maintain the colloquial dialogue of DuBose Heyward’s original novella and easily carry you away. The characters are also difficult to classify. In the opening scene, we see the title characters do not fit comfortably among their society. Porgy identifies more with the pious, caring women of Catfish Row, while Bess is most at ease among the gambling, flirtatious, some would say sinful, men. Both are seen as outcasts in their respective gender groups, but over the course of the show, they evolve to fit more traditional roles, with Bess growing softer and Porgy more hardened. In spite of these transformations, they remain undeniably Other in our minds. 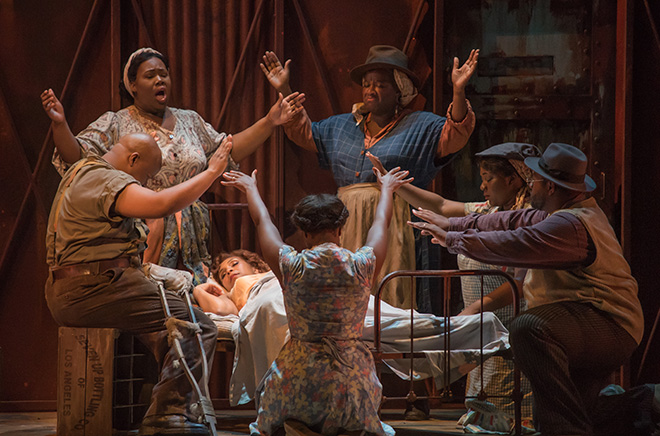 One could not discuss Porgy and Bess without mentioning the role that race plays in the plot.  The opera has been criticized over the years for reinforcing negative stereotypes of African Americans as uneducated drug addicts.  While Bess’s reliance on cocaine is a main plot point, she fights her inner demons throughout the show and makes the conscious choice to reform her ways. As a beggar and a cripple, Porgy is dependent on others for survival, but selflessly uses his limited resources to give Bess the life he can never have. Often the black characters poke fun at the public’s perception of them, pretending not to understand commands from white characters, but behind the facade of submission lays a community brimming with fiery, independent spirits that the white antagonists cannot comprehend. Their failure to see the residents of Catfish Row as people, capable of love and hope and strength, forever prevents them from understanding that the community will never fit a stereotype. 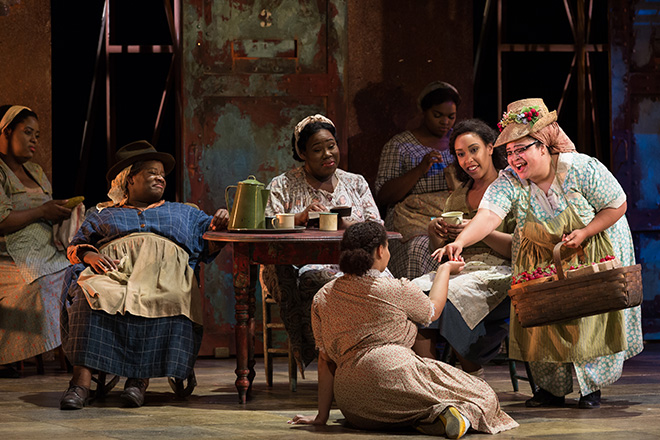 As human beings, our brains tend to comprehend similarities better than differences. We have a natural inclination to sort people and situations into categories, to place things into boxes that fit our assumptions of how the world works. But Porgy and Bess does not fit comfortably into a neat little box, its characters and its ideals are not easy to decipher, and in my opinion this adds to the complexity of the story and makes for a more enjoyable, enlightening viewing experience.