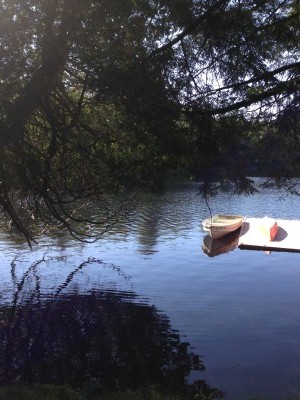 On July 11, 1906, the body of 20-year-old Grace Brown was dragged from the bottom of Big Moose Lake in Herkimer County, 100 miles and 100 years from the debut of the revised version of Tobias Picker and Gene Scheer’s opera An American Tragedy at The Glimmerglass Festival. Her face was disfigured and bruised; her lungs retained her last breath of fresh July air. Grace’s death and the trial of her unborn child’s father, Chester Gillette, captivated the region and the nation. For months the blue-black lakes, sleepy hamlets and hidden glens swarmed with reporters and spectators eager to witness this cautionary tale of ambition and the American dream.

When I was presented with the opportunity to join the Glimmerglass Opera Guild on its tour of the places of An American Tragedy, I was eager to tag along, filled with the same excitement a fan of Puccini’s Tosca might experience when approaching the Castel Sant’Angelo. Led by president Tom Simpson, the Guild was gracious enough to allow me to join them on this moving trip through the Adirondacks. Together we walked the century-worn footsteps of Chester Gillette and Grace Brown and emerged with a profound insight into the case, the novel and the opera. 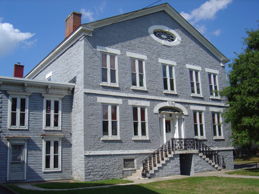 The tour began in downtown Herkimer (renamed “Lycurgus” in the opera), where Chester was brought to the old Herkimer County jail to await trial. An imposing but diminutive stone building, the jail could house up to 70 prisoners within its thick, impenetrable walls. Chester’s stay was considerably more comfortable than that of his fellow prisoners. He was given a luxurious three-room suite consisting of the cell where he slept, the cell he used as his closet, and a larger “common area,” which he famously decorated with magazine clippings of actresses and pictures of woodland scenes. 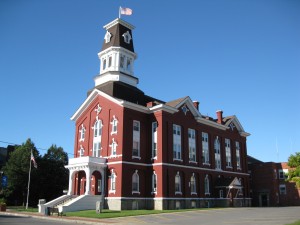 In the late morning sun, the jail was darkened by the shadow cast by the Herkimer County courthouse situated on the east side of North Main Street. During the trial, Gillette was led through the morning shade across the street to face a judge, jury and over 1,000 spectators sitting in a balcony, which has since been removed. For locals, the Gillette case was the equivalent of a Law & Order: SVU marathon—three weeks of sex, murder and intrigue. Those who weren’t lucky enough to score a seat in the courtroom or stake claim to a piece of pavement on North Main Street devoured the testimony of witnesses, the counsels’ speeches, and Grace Brown’s heartrending letters in local and national newspapers.

After leaving Herkimer, our next destination was the scene of the crime—the remote South Bay of Big Moose Lake, but minutes before departing, the driver was advised not to take the bus down the isolated dirt road. Even after a century of modernization, the destination Chester chose for his final rendezvous with Grace remains inimical and remote.

We continued on to Great Camp Sagamore, the summer home of the Vanderbilt family from 1901 to 1954. The camp has no direct connection to the Chester Gillette case or An American Tragedy but stands as an example of the wealth and grandeur that fueled Chester’s ambition and led him to destruction. 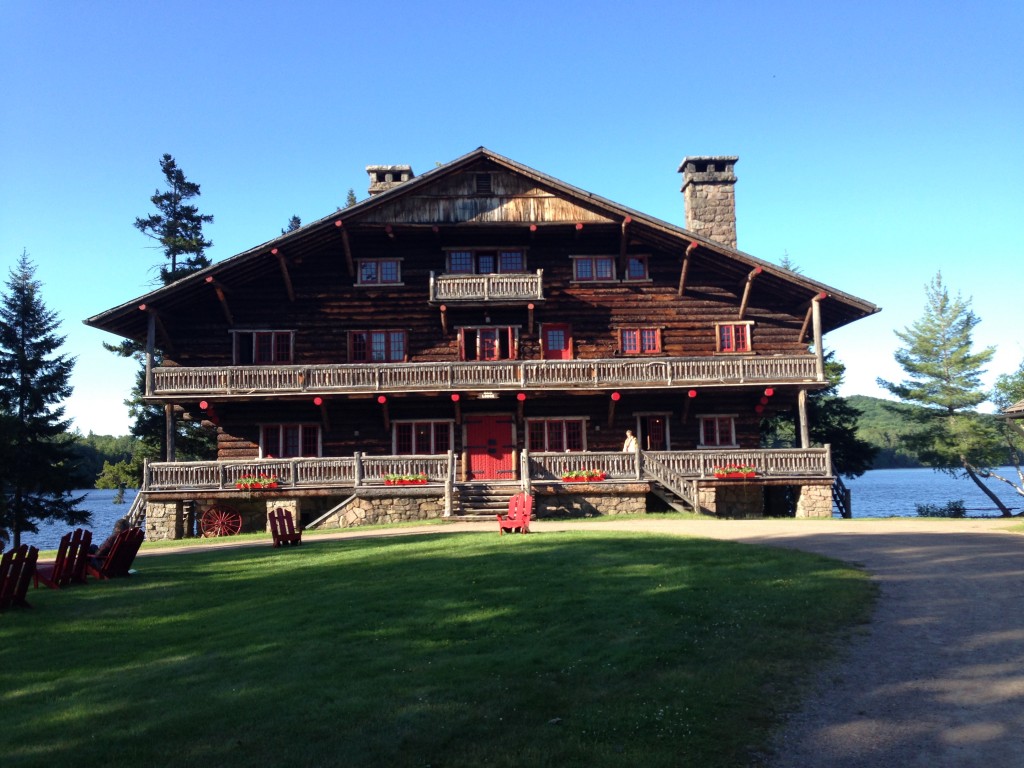 The gap between the classes is built into the camp’s geography. The Upper Complex on the top of the hill is where the servants stayed and performed the maintenance duties of the camp. At the bottom of the hill, rising from the pristine water and red rocks of Lake Sagamore, is the Guest Complex, where the Vanderbilts and their elite guests stayed. We could easily walk from one camp to the other but to the camp’s inhabitants, they would have seemed worlds apart, like walking to Manhattan’s Upper East Side from Hunt’s Point in the Bronx.

The next evening, I laid the score to An American Tragedy on my music stand for our first tech rehearsal. Hearing the opera for the first time, I felt a connection to this powerful story of struggles and successes, dreams and brutal reality. Traveling the untouched forests and lakes of the Adirondacks the day before, it occurred to me that I might be seeing the same trees and skylines as Chester and Grace did on their final journey together. Hearing An American Tragedy, it struck me how little the world has changed: the divide between the haves and the have-nots is still wide and the American dream remains a fantasy for many.

One Thought on “A New York Tragedy: Part I”